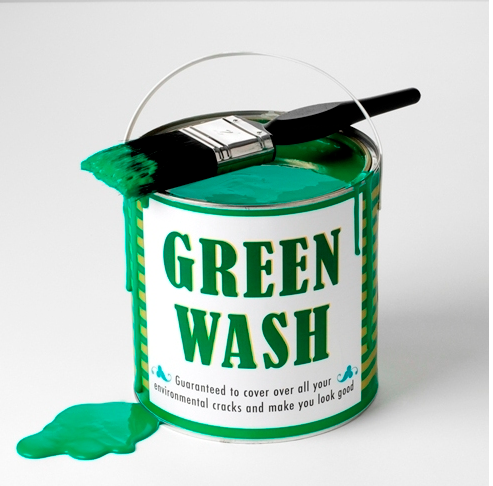 Greenwashing is "a form of spin in which green PR or green marketing is deceptively used to promote the perception that an organization's products, aims or policies are environmentally friendly." (Wikipedia)