Sonnet - a short rhyming poem with 14 lines.  The original sonnet form was invented in the 13/14th century by Dante and an Italian philosopher named Francisco Petrarch. The form remained largely unknown until it was found and developed by writers such as Shakespeare. Sonnets use iambic meter in each line and use line-ending rhymes.

Haiku - This ancient form of poem writing is renowned for its small size as well as the precise punctuation and syllables needed on its three lines. It is of ancient Asian origin.

Haiku's are composed of 3 lines, each a phrase. The first line typically has 5 syllables, second line has 7 and the 3rd and last line repeats another 5. In addition there is a seasonal reference included.

Narrative - A narrative poem tells the story of an event in the form of a poem. There is a strong sense of narration, characters, and plot.

Free Verse - A Free Verse Poem does not follow any rules. Their creation is completely in the hands of the author. Rhyming, syllable count, punctuation, number of lines, number of stanzas, and line formation can be done however the author wants in order to convey the idea. There is no right or wrong way to create a Free Verse poem.

Meter is a unit of rhythm in poetry, the pattern of the beats. It is also called a foot. Each foot has a certain number of syllables in it, usually two or three syllables. The difference in types of meter is which syllables are accented and which are not.

iambic (iamb): a metrical foot containing two syllables—the first is unstressed, while the second is stressed

pause (caesura): a pause for a beat in the rhythm of the verse (often indicated by a line break or a mark of punctuation)

spondee: a nontraditional metrical foot in which two consecutive syllables are stressed

stress: greater amount of force used to pronounce one syllable over another

trochaic (trochee): a metrical foot containing two syllables—the first is stressed, while the second is unstressed

alliteration: the repetition of consonant sounds, particularly at the beginning of words
Example: ". . . like a wanderer white”

allusion: a reference to a person, event, or work outside the poem or literary piece
Example: “Shining, it was Adam and maiden”

assonance: the repetition of similar vowel sounds
Example: “I rose and told him of my woe”

elision: the omission of an unstressed vowel or syllable to preserve the meter of a line of poetry
Example: “Th’ expense of spirit in a waste of shame”

irony: a contradiction of expectation between what is said and what is meant (verbal irony) or what is expected in a particular circumstance or behavior (situational), or when a character speaks in ignorance of a situation known to the audience or other characters (dramatic)
Example: “Time held me green and dying / Though I sang in my chains like the sea”

onomatopoeia: the use of words to imitate the sounds they describe
Example: “crack” or “whir”

synesthesia: an attempt to fuse different senses by describing one in terms of another
Example: the sound of her voice was sweet

symbol: an object or action that stands for something beyond itself
Example: white = innocence, purity, hope 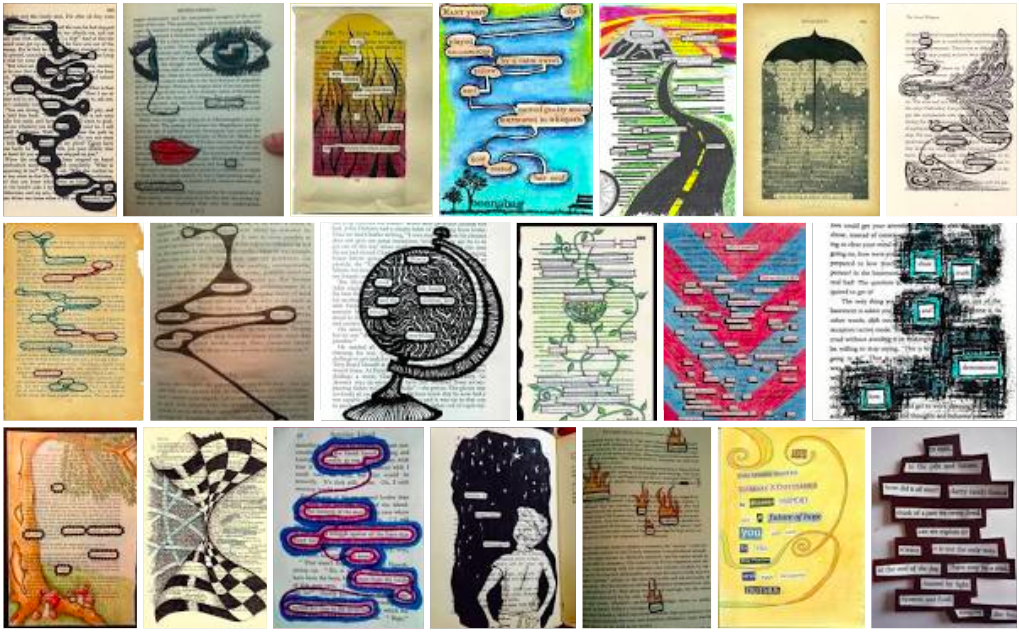