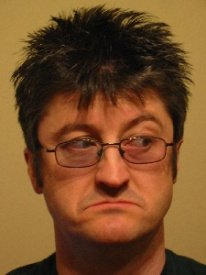 SPOZ…because it’s easier than his real name, ‘GIOVANNI ESPOSITO’ and happens to be the bit between the ‘E’ and the ‘ito’ (sort of).